Last week, we had our annual Team day Out. During the previous editions, we focused mainly on pushing boundaries. Remeber the climbing & Diving sessions? After several years of constantly pushing boundaries – remember: wall climbing, diving and racing with karts and off-road scooters – it was time for a new game. The organization must have thought: What could be better than a self-made game?  And just like every year, the daily schedule was kept secret for as long as possible.

After the colleagues warmed up with a breakfast coffee at the office, a small tip of the veil was lifted: we would spend the day ‘outside’. The teams were formed and after a short briefing it quickly became clear that we would play our own “Vuelta del Westhoek” today: we would take a local bicycle route, interspersed with assignments. Every solved mission ould bring us to the next destination, but how?  After some puzzling, the teams managed to get hold of an E-bike and headed out. With each puzzle soved we got closer and closer to Watou.

Along the way, intermediate quests were fulfilled with red classic cars (?), red tractors (?), a human pyramid and sipmple black and white cows. “Blindtaste Cola? I can do that!” Team Brian cleared the Cola table by blind tasting all cups and naming them correctly (!), while things slowed down a bit for the beer tasters (but let’s face it, how many beers are on the market, and how many colas…?). At the beautiful destination Lijssenthoek, it was important to complete 3 puzzles per team as quickly as possible. The puzzle stress soon turned into merry giggles: someone in the organisation committee had secretly succeeded in extracting childhood photos from our family! In the afternoon we enjoyed the sun and lunch on the roof terrace at Bar Bernard in Watou. After an entertaining game of bolletra (does anyone know those rules?), the teams cycle towards Poperinge. There, a new shock wave went through the team over coffee, because they not only stole children’s photos from our family. They also came back with some impressive stories: the team only had to guess the colleague involved. The cycling tour ended after a final sprint towards Ypres.

This CO2-neutral day was concluded with a pleasant meal, in which the stories were systematically toned down. In the meantime, the cycling times were added up, the assignment bonuses awarded, but the end result was mysteriously hidden away and never announced. Participating is more important than winning, isn’t it? 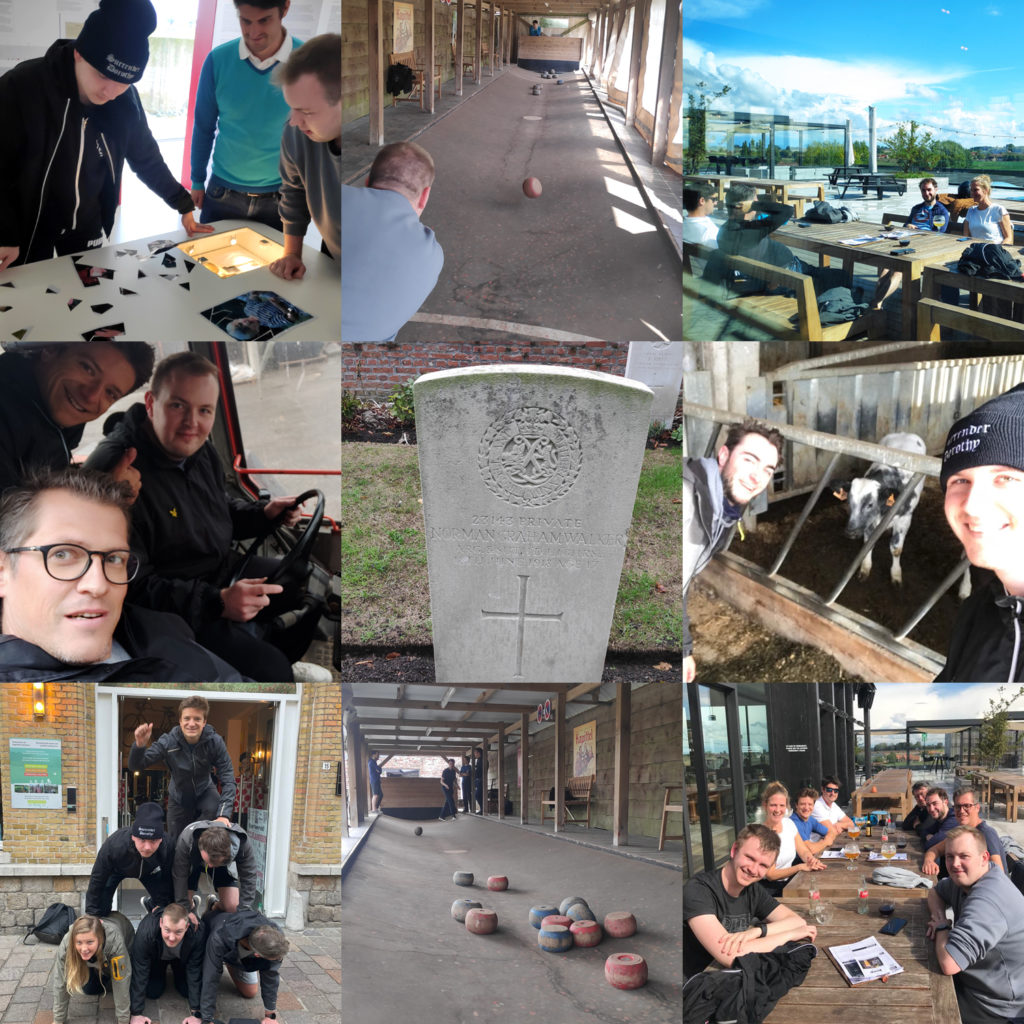 Making your organisation more efficient and profitable? Conics bridges the gap between business and software. Contact us!